The Comfort of Being the Pupil of God’s Iris 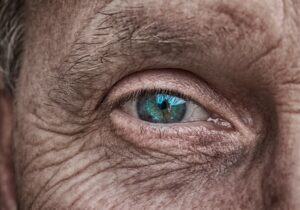 Image by Tom from Pixabay

Look closely at this photo of a human eye.

Look at the pupil.

Do you see the “little person” in the pupil.

This double meaning in Latin is preserved in English, where pupil means both “schoolchild” as well as “the dark central portion of the eye within the iris” where “the little person” can be seen.

In ancient Babylon (c. 1800-1600 BC), the expression “the protective spirit of the eye” spoke of the protective spirit of the one who kept the eye focused on you in love. Like a mother gazing at her infant, or a father at his son, or a person at their lover, “the little person” in the eye represented the love, protection, and care for the one upon whom the eye gazed.

Now let’s look at the Bible and biblical Hebrew.

For this is what the LORD of the Heavenly Armies says,  “Whoever injures you injures the pupil of my eye.” (Zechariah 2:8, ISV)

This verse is translated in the King James Version as:

For thus saith the Lord of hosts; “He that toucheth you toucheth the apple of My eye. (Zechariah 2:8, KJV)

This  phrase “apple of my eye” occurs in several places throughout the King James Bible:

God is Spirit and is everywhere at once. To attribute to God physical characteristics is called anthropomorphism.

God is not like us, but to understand Him, it does us well to consider Him in terms we can comprehend. So, let me describe God and His love for you as the Bible does. The Helix Nebula, called The Eye of God, 700 light years from earth.

The only verse in the English Old Testament where “little person” (Hebrew iyshown) is NOT used in the translation “apple of thine eye” is Zechariah 2:8. The Hebrew word translated “apple” is bava, and most Hebrew scholars generally regard this phrase as simply referring to the “eyeball”.

So get this. Hang on to what comes next.

And the person who injures you, POKES GOD IN THE EYE.

Have you been wronged? Has your reputation been unjustly smeared? Has someone taken advantage of you and hurt you? Do you feel all alone and abandoned?

The LORD is on your side, and you can rest assured that, He will come to your defense and healing.

God’s protective eye watches over you. You are “the little person” in His iris. When you are injured, He’s poked in the eyeball.

It’s a wonderful comfort to know yourself as “the little person in God’s eye.”